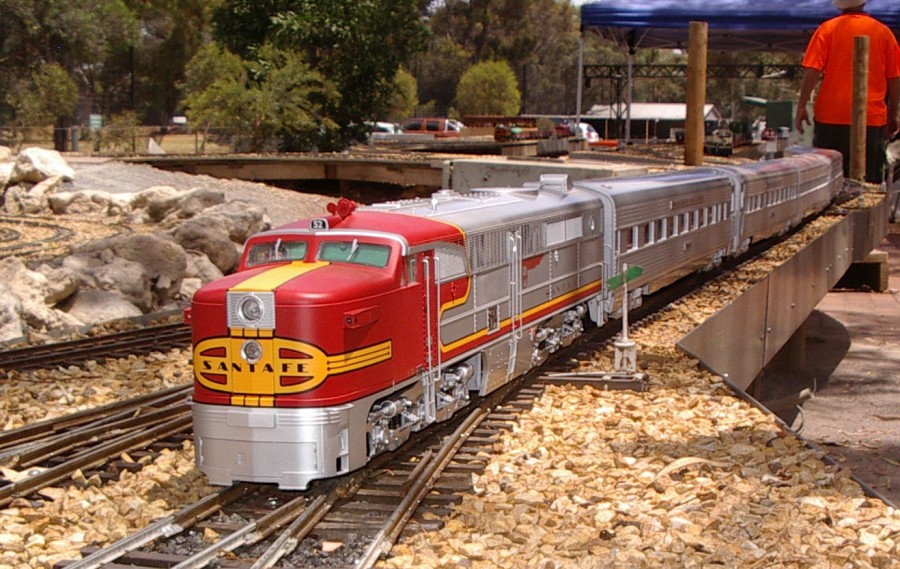 The Garden Railway is up and running again in its new location. It is now the feature as you enter the park. We still have lots of work to do landscaping and track bedding.

The old Garden Railway is no longer in operation. The last run was on 13 December 2014.The Railway has now be dismantled and move to our new location next to the pond.

Construction of the old garden railway commenced in 2006..

The railway has grown to be the largest garden railway layout in Adelaide , with over 58 meters of double main line with reversing and passing loops. A branch line runs down to a lower level through two tunnels to an area that is being developed with a coal and grain loading facilities..

A marshalling/stabling area with 10 tracks over two yards complete with turn table is located at one end of the layout..

The layout has no rail power and caters for live steam and battery powered vehicles only..

An area 36 meters long is provided to view the railway in operation. Passengers on the ride on railway gain a view from the
opposite side of the layout..